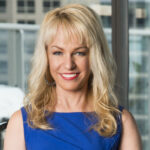 Midwest Real Estate Data (MRED), a major multiple listing service based in the Chicago area, announced Wednesday that it has developed a new voice-activated digital assistant that should help agents stay productive while on the go.

The new tool is part of connectMLS, MRED’s technology platform, and can be accessed via devices running Amazon’s Alexa or Google’s Assistant artificial intelligence software. That includes products such as Amazon’s Echo line of smart home speakers, as well as cellphones that have the Alexa or Google Assistant apps.

To begin using the new voice assistant, agents need to download the Alexa or Google Assistant apps onto their preferred device, then simply say “Alexa, open connectMLS” or “Hey Google, talk to connectMLS.” At that point, the apps will prompt users to log in with their connectMLS credentials.

Once agents have logged in, they can say things like “expired listings,” “on-hold” and “client messages” to hear information falling into those categories.

According to a statement from MRED, agents should also be able to listen to market statistics and other information using the new voice assistant.

Rebecca Jensen, president and CEO of MRED, added in the statement that giving agents “the hands-free ability to access information on the go is the next step in MLS innovation.”

Is going virtual virtually holding you back?
The myth of the lone wolf could be limiting your professional potential READ MORE

“Whether it’s in the car on the way to meet clients or on their smart speaker at home, connectMLS is there to help our subscribers provide a higher level of service,” Jensen added.

MRED — which has more than 45,000 members in the Midwest — developed the new voice assistant together with Voiceter Pro, a technology company that develops voice-based software for use in the real estate industry. In the past, Voiceter Pro has developed voice-activated tools for the Staten Island MLS and the Pennsylvania Association of Realtors, among other organizations.

A spokesperson for MRED told Inman that development on its voice assistant began earlier this year and a focus group that included practicing brokers has already beta tested the tool. Response from the focus group was positive, with members expressing excitement about the tool, the spokesperson added.

MRED declined to say how much money it spent developing the new voice assistant.

The launch of the new voice assistant is part of a growing trend in the real estate industry toward more reliance on audio-oriented technology. In addition to interest from multiple listing services (MLSs), for example, both brokerages and large companies such as Lennar and Realogy have invested voice-activated tech as well. Individual agents have also begun producing podcast-like audio content known as flash briefings for Amazon devices.

In a statement Wednesday, Voiceter Pro CEO Miguel Berger praised MRED for being on the front edge of that trend.

“MRED is showing that it is a forward-thinking organization on the cutting edge of technology,” Berger said, “by bringing tomorrow’s tools to their subscribers today.”