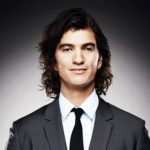 Screenwriter Charles Randolph, who won an Academy Award for his work on “The Big Short,” is reportedly penning a new screenplay about the rise and fall of WeWork, according to the Hollywood Reporter.

Founded in 2010, the commercial real estate company WeWork relied on the present-day digital economy and growing number of freelancers to open co-working spaces in more than 30 countries. But while the company’s business model propelled its popularity, it has also been besieged by controversy — since rapidly expanding, WeWork has been hemorrhaging money while postponing its plans to launch an initial public offering.

Founder Adam Neumann stepped down as CEO in September amid pressure from investors and the company accepted a $9.5 million bailout from SoftBank in October.

The movie is still in the works and no release date or details about what it will look like have been announced. But the latest news is that it will be produced as a joint project between Universal and Blumhouse and produced by Jason Blum, the producer behind “Paranormal Activity,” “Get Out” and “The Purge.” The script will be adapted from Fast Company journalist Katrina Brooker’s reporting and an upcoming book on the history of WeWork. The film is rumored to focus on the relationship between Neumann and Masayoshi Son, the CEO of Softbank.