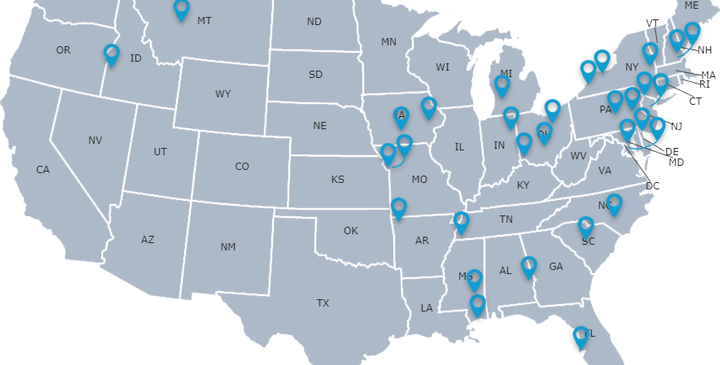 The 2019 multifamily and single-family market proved to be hot, and 2020 will only get hotter.

According to a new survey from TurboTenant, there were 31 cities from 20 states that were featured in the best place to buy a rental investment property report for 2020.

New York and Ohio tied for the most cities represented, at three each, including Buffalo and Rochester, New York, as well as Akron and Columbia, Ohio. Seven states had double representation, including Iowa, Missouri, New Hampshire and Pennsylvania. Cities from Florida, Montana, North Carolina, South Carolina and Delaware also made the list.

To determine the top cities, the report compared the average rent with the monthly mortgage payment. The terms were set at 30 years, with a 20% down payment, and a 4.1% interest rate, which is the current national average. If positive numbers were reported in all categories, the location made the list.

Overall, the results found that the best places to invest in are in the Midwest and the East Coast.

In November, TurboTenant also showed that New York, Pennsylvania, Massachusetts, and New Hampshire were standouts, which is no big change from January’s report.

No. 1 on the list was Reading, Pennsylvania, which TurboTenant said has positive growth across the board. The number of leads per property in this town is its highest, at 271, with an average of eight days on the market. Home values here are increasing 11.1% year over year, with a median sale price of $140,000.

At the bottom of the list, No. 31, Auburn, Alabama actually is second place for the highest population growth and first place for employment growth. The median sale price of a home is $169,000, and the average two-bedroom rent is $919. Properties here spend an average of 14 days on the market.