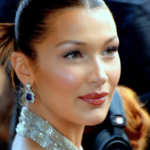 A judge has ordered Mohamed Hadid, a real estate developer and father of supermodels Gigi and Bella Hadid, to tear his Los Angeles spec mansion to the ground.

Named “Starship Enterprise,” the 30,000-square-foot spec mansion Hadid had started building has prompted several criminal and civil lawsuits due to its failure to abide by city codes. In 2017, neighbors filed a civil suit accusing Hadid of weakening the hillside and endangering neighbors who lived below by building the 901 Strada Vecchia Road estate into the side of a mountain.

Hadid had been given two years to change construction plans in a way that falls in line with city regulations but, after failing to make progress, L.A. city attorneys filed a motion asking a judge to force Hadid to tear down the partially built mansion. On Wednesday, Los Angeles County Superior Court Judge Craig Karlan ruled that Hadid must officially tear down the mansion by issuing a demolition order in a separate civil case, the Real Deal reports.

Karlan stated that it was common knowledge that Hadid’s construction project was done without city approval and was “structurally unsound.” He added that it would not be made safer by the columns and beams that Hadid had tried to install in the building after the lawsuits against him started. Over the last few years, the FBI has also been looking into allegations that Hadid had given a city inspector expensive gifts and “items of value” to get him to sign off on the project, according to the L.A. Times.

What it takes to connect with the new generation of luxury homebuyers
How tenacious top producer Logan Link builds rapport with her young, affluent clients READ MORE

Before the ruling, Hadid’s lawyer Bruce Rudman argued that Hadid did not have the $5 million needed to tear down the mansion or the $500,000 to place it in receivership. According to the Real Deal, Hadid regularly constructs multi-million dollar mansions in Southern California —  Le Belvedere in Bel Air sold for $50 million in 2011.

Hadid and his lawyer could not be immediately reached for comment.