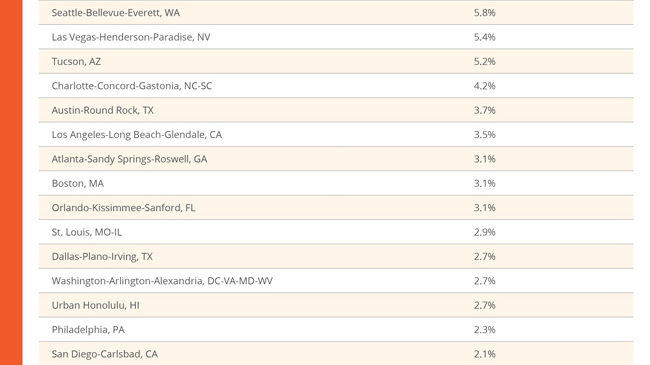 Due to low rental home inventory, single-family rental prices continued to rise throughout 2019. And the increases were not limited to one class of property either.

“Increases in low-end rent prices have outpaced those on the high end for more than five years as newly-formed households push up demand for entry-level rentals,” said Molly Boesel, principal economist at CoreLogic.

According to the report, overall year over year rent price increases have slowed since February 2016, despite a constant climb throughout the decade.

Phoenix was the market that saw the highest uptick in rent, with the highest year over year increase in single-family rents at 6.8% in October.

Many other markets hovered around 2% on average.

“High-end rents gained momentum for the sixth consecutive month in October 2019, while low-end rates slowed for the first time in roughly five months – resulting in the narrowest gap in rent growth for these price tiers since 2014,” Boesel continued.

Miami had the lowest amount of rent increase, at 1%, the same amount of increase it saw in September.