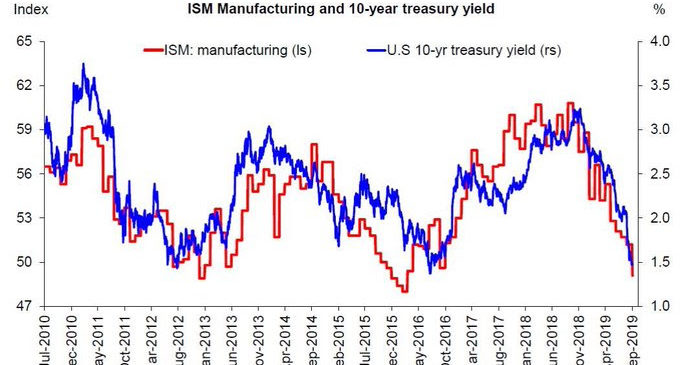 Resolution to the trade war could bring some pain for housing in the future!

Wait, what did I say?

One of the things I have stressed over the years is that what is right for domestic growth and world growth can facilitate a demand hit for housing. Here’s why: better growth means higher yields and higher mortgage rates.

Nobody assumed at first that 4.5% -5% mortgage rates would be impacted full for housing. However, in this cycle, when the 10-year Treasury gets to 2.62% and rises, we do see an impact on housing data. The negative implications appear in high-cost areas and the new-home sales market place.

In late 2018, when the 10-year yield got to 3.25%, it created a monthly supply spike in new home sales that warranted a housing peak discussion.

Back in 2013, when the manufacturing data showed better growth and the 10-year yield got to 3.03%, we saw a hit to the existing home sales market, which turned 2014 to be a year where purchase application was showing 15% -20% year over year decline.

Below is a great chart from Slock showing what I am talking about with the 10-year yield and the ISM manufacturing data. 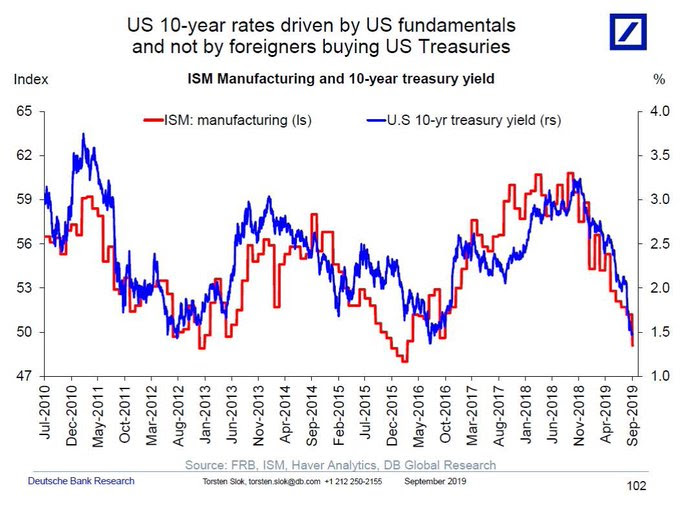 Recently, we had the dreaded yield inversion happen in August of 2019, which prompted many people to talk about a recession. I took that event as a bullish note with this premise that the President will not escalate the trade war into an election year.

On August 14, I wrote, “It’s going to be very difficult to go into an election year with an inversion headline, weaker domestic PMI data, and a third farmer bailout. This with the stock market flat since 2018, when the trade war tap dance started.”

Since that time frame, the bond market has acted a lot better. The stock market has hit an all-time high, and we just have de-escalated the trade war to a degree. 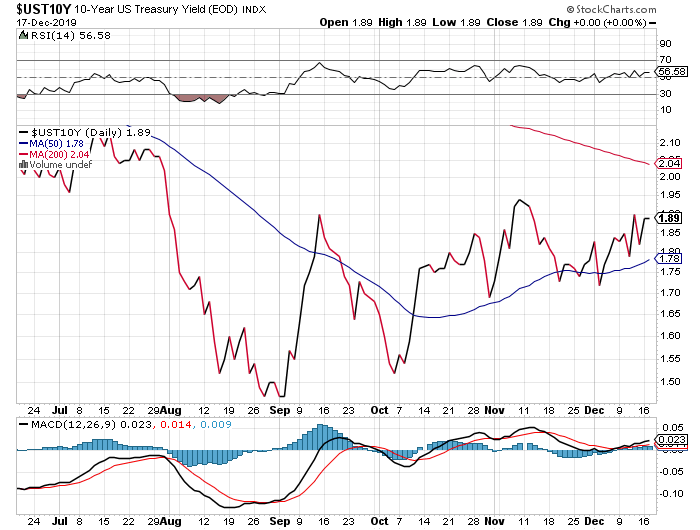 The best stimulus for housing in 2019 was the lower rate of growth and the weaker manufacturing data, both here and around the world. If the 10-year yield can close above 1.94% and get follow-through bond selling, this makes the case for a U.S. recession very difficult from the American bears.

However, if the rate of growth really picks up (which for us means 2.5% plus in terms of GDP), the 10-year yield can jump higher.

Phase 1 of the “trade war tap dance,” as I call it, is in the books. What this event did is calm the markets down. It took the fear out of an escalating trade war from happening.

Now, that would have been bullish for the housing market because it would have driven yields lower short term. The recent housing starts data being at cycle highs is evidence that lower growth and lower yields did boost housing.

We can say the same about the existing homes and new home sales market as well.  But, if we are to believe in the merits that the trade deal with Mexico and Canada and Phase 1 with China is going to give us better growth, then that growth will come at a price.

That price will be higher bond yields and mortgage rates – as long as the 10-year yield stays below 2.62%, we should be OK in the housing market.